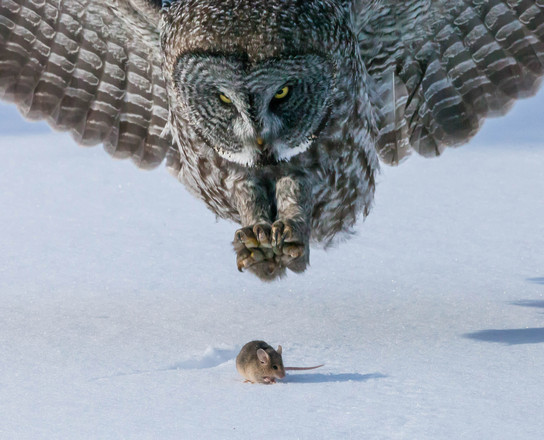 Tom is a Minnesota nature photographer who considers himself an advanced amateur. He is an internationally published artist with notable inclusions of National Geographic and Audubon. He has been published with the World Wildlife Fund in the Netherlands where he has been honored with the cover of their quarterly publication. Locally, he has been published in many Minnesota publications which include the Minnesota Prairie Chicken Society, the Freshwater Society's Weatherguide Calendar and the Minnesota Public TV Channel in their Capture Minnesota Contest. He has been published is the Saatchi Gallery in London and with the University of Washington in St. Louis.  Ducks Unlimited has selected 2 images for their 2016 national calendar.  Tom has also signed a contract with IMPFeatures in Amsterdam for stories concerning his photography.  St. Paul Minnesota Parks and Recreation will use 2 of Tom's images in their Como Woodland Outdoor Classroom.  Tom has been credited in "Creative Image Magazine" in India where 2 of Tom's images will be published and one being honored with the cover.  Tom is again published with Duck's Unlimited in their 2017 Calendar.  Tom, again has been published in the Minnesota Weather Guide with 8 images being published for the 2017 calendar.  Tom is a finalist in the Weather Channel's 2016 photo contest.

Tom was interviewed in September 2016 by a talented Radio Talk Show host, Lauren Collier in New York city.  You can hear the interview at the link  http://petliferadio.com/mydogdigsdirt.html  scroll down and look for Episode 18 and hit the play button at the bottom of the description.

Tom is published with TOPIC magazine in Austria and a German magazine Winderwelt Wissen which will appear in the January 2017 issue.  Birds and Bloom Magazine has published one of Tom's articles featuring Prairie Chickens with an adjoining image, which will appear in the March 2017 magazine.  The state of Virginia School system and licensing an image to use to in their teaching curriculum.   Ducks Unlimited has published one image in their national calendar for 2018.

Tom is now published in the Netherlands where an image will be used in their school's curriculum.  A wonderful honor!  Tom is again published in the Weathrguide calendar for 2020, with 2 images published.

In August 2020, Tom was published in the West Fargo Pioneer newspaper with an image of a prairie chicken that accompanies a story about prairie chickens.

Tom has signed a contract with Brown-Wilbert for rights on some of his images to be used in their corporate marketing.

Tom has again been published in the wonderful Weatherguide Calender for 2022 with 2 images published.  Thank you for 17 years!

Tom has again been published in Ducks Unlimited National calendar for the 2022.  Wonderful honor.

Tom loves capturing the beauty that nature has to offer and bringing it to the public for all to see.